I'm Not Really a Conspiracist. 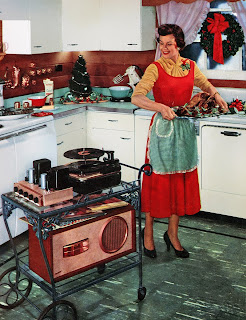 One thing that we need to grasp is the duality of this world. What I mean is that as much as we may wish it, we cannot have good without evil....

I wrote this sentence about a month ago and I've lost my train of thought, but here it is, here it is... the world as we live it is a bunch of lies. Like I've said before, I'm not really a conspiracy theorist. I don't really believe that everything is a conspiracy, but if it walks like a duck, quacks like a duck, well, damn it, then it IS a duck. Take for instance what it means when one says American Dream. One would picture a house, a family consisting of a young couple, 2.5 kids, and a dog, preferably golden retriever (certainly not a pit bull), nice manicured lawn, etc. AND, it is not just any house, but it is a Cape Cod. Now, what the hell is a Cape Cod? Well, let me tell you. It is the house that every single five year old draws when you tell him/her to draw a house. All across this United States, ask ANY child to draw a house and you will get a Cape Cod. So ingrained is this American ideal that all children (city children, country children, California children, Hawaii children, and of course New England children) will draw the same freaking house. If you don't think that is in any way bizarre... It also happens to be the house that was miraculously mass-produced in the late 1940's in New York. Of course, it wasn't invented back then (it was actually brought over from England in the 17th century), no, but it was the first house that allowed the "masses" (meaning all of the people who really had no chance in hell of ever becoming a home-owner unless through government intervention via FHA or VA) to become homeowners and THUS to BECOME middle class. By the very definition of homeownership, one enters the middle class. Think about this... the government actually created a middle class by allowing mass production of housing. It spawned satellite industries (such as real estate companies, mortgage lenders, home inspectors, pest control companies, etc.) and it created an unsustainable consumer-driven economy. AND, we are ALL supposed to strive towards this ONE goal. Why? I think it is so that we become so preoccupied with the attainment of all of these material things that we cease to think. When one has a house and garden and "toys," there is no anger, no injustice to right, no rebellion, no revolution. We have become mere drones. Then years pass, nothing significant is done with one's life and people only then may wonder, what was it all about anyway? Oh, but wait, the government doesn't want you to think.
Posted by Elaine at 12:49 PM