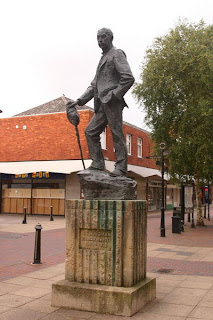 I've struggled with spirituality and religion for most of my life. My family practiced Buddhism/Taoism to the degree that most Chinese families do. We prayed to our gods, burned incense to our dead, performed rituals to ward off evil. And had I been born in another time or place, perhaps I would never have questioned my beliefs. I knew nothing of Judeo/Christian traditions until one day in school we were asked to analyze a poem. When I look at the poem now, I think how clear the imagery is, but back then I had absolutely no clue; thus I embarked on an endless quest. Learning about religions, beliefs, and spirituality has been a rocky road; at times I wonder if it is all a farce. Yet it cannot be. We have a spirit...that is why we anticipate death. That is why we create, in order to leave a part of ourselves behind, to say we do exist, though it might be a dream after all. Here is the poem by A.E. Housman:

'Here the hangman stops his cart:
Now the best of friends must part.
Fare you well, for ill fare I:
Live, lads and I will die.

'Oh, at home had I but stayed
'Prenticed to my father's trade,
Had I stuck to plane and adze,
I had not been lost, my lads.

'Then I might have built perhaps
Gallows-trees for other chaps,
Never dangled on my own,
Had I but left ill alone.

'Now, you see, they hang me high,
And the people passing by
Stop to shake their fists and curse;
So 'tis come from ill to worse.

'Here hang I and right and left
Two poor fellows hang for theft
All the same's luck we prove,
Though the midmost hangs for love.

'Comradeds all, that stand and gaze,
Walk henceforth in other ways;
See my neck and save your own:
Comrades all, leave all alone.

'Make someday a decent end,
Shrewder fellows than your friend.
Fare you well, for ill fare I:
Live, lads, and I will die.'
Posted by Elaine at 11:36 AM